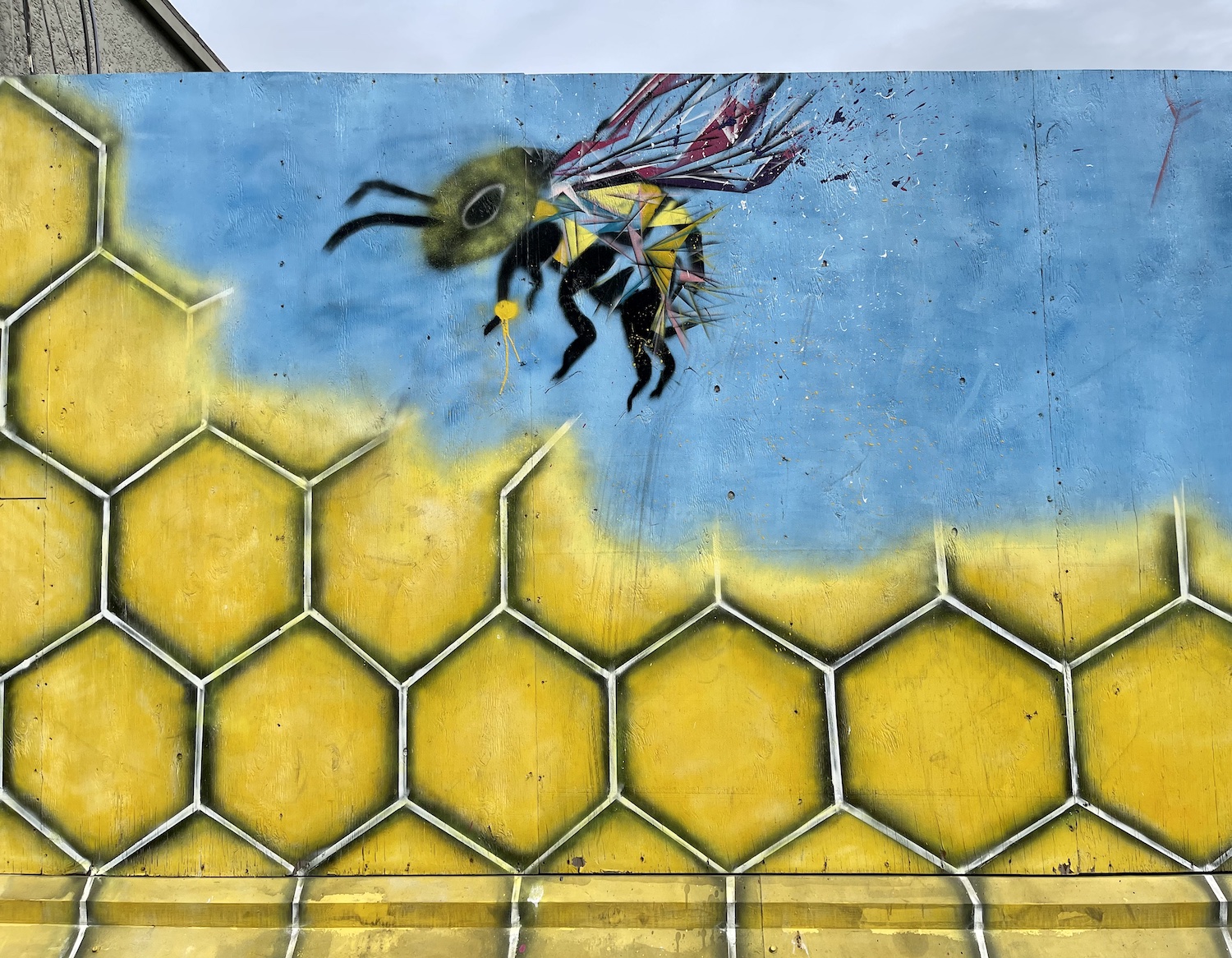 mid 19th century: from Italian (plural), from graffio ‘a scratch

The term graffiti originally referred to the inscriptions, figure drawings, and such, found on the walls of ancient sepulchres or ruins, as in the Catacombs of Rome or at Pompeii. Use of the word has evolved to include any graphics applied to surfaces in a manner that constitutes vandalism.[9]

From scratch to spray...

Nanaimo’s most prominent art gallery is a display of colourful outdoor murals that line an old building at the corners of Commercial Street, Terminal Avenue and Wallace Street. Contemporary urban artists have transformed an ordinary street space into an unexpected and delightful burst of imagination, comedy, and beauty.